I’m in massive pain and I no longer trust the dentist I went to see. I had a molar that was killing me. I went to see an emergency dentist. He said my mouth was in pretty bad shape and he couldn’t tell which molar was the problem. He suggested I have both extracted. I was in so much pain I would have agreed to have my jaw removed at that point. There didn’t seem to be any problem taking out the molars and I went home feeling a smidge better, but still in pain. I thought it was just healing from the procedure. A few days later, I started feeling weird pops and growing achy. I called their office. Not only did they not tell me that anything went wrong during the procedure, but they just suggested I take a decongestant. Not much longer I developed a fever. They called in an antibiotic for me, but I insisted on coming in for them to look. They complied. It wasn’t until I go there that they mentioned my sinus was perforated during the extraction. I was really upset I wasn’t given that information. It seems kind of important to know I now have a hole where I shouldn’t have one. They even pulled some bone fragments out of the area. The problem I’ve got is I’ve finished the antibiotics and I still feel horrible and still have a fever. As I said at the beginning, I don’t trust this dentist anymore. What do you recommend? 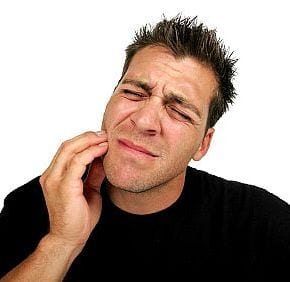 There were some serious mistakes made here, so I don’t blame you for not trusting this practice any more. In the first place, while perforations do happen, there are very specific and important protocols which should have been taken. At the very least, he should have told you in order to warn you not to do things like blow your nose, which could derail any healing process.

Then, the incompetence of not cluing into the possibility that you had an infection when you called the first time is beyond me. Plus, it sounds like he placed you on the wrong antibiotics. You should have been significantly better within two days.

This needs to be addressed. First, talk to your doctor about what’s going on. He can get you on the correct antibiotic and arrange for you to have an emergency ENT (Ear, nose, and throat) appointment. They should get you on the road to recovery soon.

I’m guessing the reason you went to an emergency dentist to begin with is because you don’t have a regular dentist whom you see. Generally, that happens when a patient has dental anxiety. If that’s you, I wanted to give you some hope. When you start looking for another dentist, I’d like to suggest you try someone who uses dental sedation. This can give you a pain-free, stress-free appointment. I think it will help you feel comfortable going more regularly.

One of the best thing about most sedation dentists is they don’t judge or lecture. They’re used to working with fearful patients and are very compassionate.

This blog is brought to you by Dr. Matt. Roper.